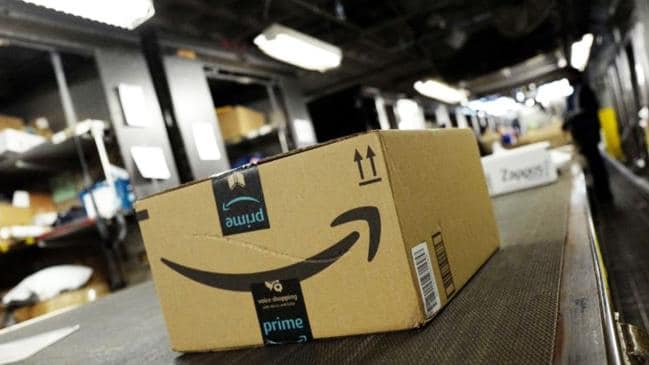 Written by Frank Chung for News.com.au.

Amazon has caved in to customer complaints, backflipping on its controversial decision to stop shipping to Australia from its US store.

Earlier this year, Amazon announced it was introducing the change from July 1 in response to the Federal Government’s online GST changes, prompting a backlash from customers and then-Treasurer Scott Morrison.

As of midnight Wednesday, just in time for the Black Friday sales, Amazon has reversed the decision.

“As a result of customer feedback, from November 22 Amazon customers will be able to ship eligible items from Amazon.com to Australian delivery addresses,” an Amazon spokeswoman said.

Eligible items are only those sold by Amazon on Amazon.com and not other international sites like Amazon.de, Amazon.ca or Amazon.co.uk. Items sold by third-party sellers through its international stores are also not yet covered by the technological fix.

“Earlier this year, Amazon assessed changes to the Australian GST law as a global company with multiple international stores and, in order to remain compliant with the legislation, made the difficult decision to suspend exports from our international stores to Australia,” the spokeswoman said.

“Following the announcement of these changes, we listened to the customer feedback and assessed how we could respond. Since that time, our teams have continued to focus their efforts on building the complex infrastructure needed to enable exports of low value goods to Australia and remain compliant with GST laws.

“We are pleased to be able to offer Australian customers selection from Amazon.com, complementing the over 80 million products available on Amazon.com.au. This includes almost 20 million items from Amazon US through Global Store on amazon.com.au, many of which are eligible for fast, free shipping for Prime members in Australia.

“We will continue to work constructively with the government on the implementation and enforcement of its legislation to ensure it achieves its objective of a level playing field for all retailers and marketplaces.”

In June, Mr Morrison slammed the move, saying if Amazon wanted to “take their bat and ball and go home” Australians had “many other choices available to them”.

“Of course we’re going to proceed with this,” he told reporters.

“It’s $300 million estimated revenue that will be going to the states and territories for schools and hospitals. We think it’s a very fair and reasonable step and I know retailers have been wanting to see this for some time.

“I find it hard to believe that one of the world’s most technologically advanced companies, two years later now say they’re unable to work out a technological solution when it comes to the simple application of a sales tax on their products in Australia. They face different VAT rates all around the world, UK, Canada.

“I think it’s disappointing that Amazon will take this out on consumers in Australia but that’s their commercial decision. If they don’t like selling things into Australia because they don’t like paying tax, there are plenty of options here at home.”

Amazon’s launch in December last year was widely seen as underwhelming — documents filed with the corporate regulator revealed a net loss of $9 million last calendar year — but the retailer has slowly but surely built out its product range.

Jamil Ghani, vice president of Prime International, said last month Australia was “definitely one of the fastest out-of-the-gate launches that we’ve had” for the flagship $7-a-month subscription service.

“We’ve been incredibly humbled by the strength of the response we’ve received from Australian shoppers,” he said.

“The growth of the program has been brisk since June. It’s the most robust set of benefits we’ve had in any launch on day one and obviously we’re doubling down with further investments across shipping, shopping and entertainment.”

This important decision by Amazon means its more important than ever for Amazon Australia Sellers to protect themselves with Online Sellers Insurance. Amazon has already backflipped on one policy, there is no telling if it will change it’s mind once Black Friday sales have settled down. The insecurity of Amazon policies means online sellers are at risk of the unknown. For more information on Online Sellers Insurance services, contact us today.